Alright, so I’ve never really talked about this, but I’m a pretty huge movie lover. I could sit and watch movies for days and days. In fact, I used to. When I lived with my mom and dad and I went to work for a few hours a day and I didn’t have a child and I didn’t have a house to clean and I didn’t know what to do with my life ever except to sit and enjoy lots and lots of movies. Don’t ask me what my favorite movie is because I’ll give you a new answer every fifteen minutes. I can’t believe all the time in the world I used to have to watch movies. I can’t believe I didn’t start a blog back then. I could have been in the kitchen for approximately 12 hours a day photographing and recipe testing as opposed to sitting and watching Steel Magnolias for the 812th time in my life. I can’t believe the time I used to waste. However, I’ll tell ya this, movies helped me shape me into the person I am today. I know that sounds weird as they are almost always based on a made up character and a made up life, but I just love’m. Eric and I have shared this love throughout the years. We are both kind of naturally homebodies. When we first started dating we would go out and about to different restaurants and bars. We would meet up with friends and we would laugh our way through the night while having a few drinks. At some point in our relationship…. maybe about a year after dating, we both kind of settled in for the ride and made it known that we would rather be cuddled up on a big comfy couch with a big bowl or popcorn and some twizzlers. Don’t get me wrong, I’m all for a good date night. We love finding new restaurants and getting together with friends still, but it’s even fewer and farther between these days with having our little babe and I am also completely happy with the fact that this is our life and we like to be home on a big comfy couch and a big bowl of popcorn. This past week we bought the biggest, comfiest couch in the world. We decided we needed it for our family to cuddle up in. So we went to umpteen different stores, fought just a little (Okay, I questioned our entire relationship at one point.) over what we wanted to get. For a guy from the country you wouldn’t believe the opinions he has on this kind of stuff. At the 6th store and three towns later, we finally agreed. And I love it. And I would show y’all a photo of it, but the living room is a disaster from everything having to be moved around. And I’ve been sitting watching too many movies to do it. We are still in a pretty heated debate over throw pillows, but I think I’ll win that one.

What’s my point here? Oh yes. Movies! Movie time has changed drastically since becoming a mama. I don’t have the extra time normally, so I kind of just gave up on watching them for the past year. But, I told Eric we are takin’ back movie night because it’s something we love and we need to do the things we love together and gosh darnnit, I want to see something on the television that isn’t Masha and The Bear or Sophia The First.

Also, I’ve changed drastically while watching movies. I can turn into an emotional wreck in the matter or moments and I can’t stop. I can’t stop at all. Sometimes I even have to go wake Pepper up and cuddle her in the middle of the night because movies impact me differently now that I am a mama. I mean, I’m the girl who cried because a dog died in the movie Titanic, not because Jack Dawson did. I’m sorry if that’s a spoiler alert, but I think it’s been long enough. I also got entirely too emotional while watching War Horse once because of how terrible the horses were being treated. I actually turned it off and I’ll probably never finish it. (Eric still won’t let go of that one.) Okay, and I cried in the Notebook because if you don’t cry after watching that movie you don’t have a soul. I’m just kidding, I’m sure you have a soul. I know you do.  But other than that, I didn’t used to be a mess while watching movies and if I was, It was almost always because some sort of animal died or was being treated horribly.

Inside Out. Have you seen this? I won’t give too much away. The concept of this movie is incredible and I love it a whole lot. Pepper cuddled between Eric and I and watch about 90% of it without moving an inch. She loved when the balls would go into their different tubes and glow. If you have not seen this movie, I understand that might have been one of the weirder sentences you have read in your life. It was a great movie for kids and adults, but it was too much. I started crying about half way through and just kept at it off and on. I had make up on so it was a mess and I had to use Pepper’s butt wipes to clean it up because I forgot make up remover at the store. Again. Pepper was so confused by me. I think that’s probably why she sat so well because she thought mama was goin’ nuts. 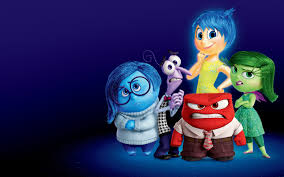 Manchester By the Sea. Okay, so this one is really new. So I really have to refrain from saying too much about it because I really don’t want to spoil it for anyone. If you haven’t seen it, you may want to stop reading because I might say just a hair too much. I lost my marbles about 38 minutes in. Absolutely done for. Pepper was asleep by this time so thank goodness for that because she really would have questioned my sanity at this point and I wouldn’t blame her one bit. I understand that a really good movie makes you think about things you don’t think about and feel feelings that you never even knew you had. I get it. But, oh my gosh. I didn’t know what it was about whatsoever going in. All I knew was that Casey Affleck won best actor at the Oscars. That’s pretty much it. This movie might stick with me for quite awhile. I am actually tearing up a little as I type this and think about it. In the last 20ish minutes of the movie Michelle Williams gives such an impactful performance that my heart actually sank into my stomach and I could feel what she was feeling. She deserves an Oscar for just one part.The acting in this entire movie was absolutely amazing. In a lot of ways, I guess it is important to watch movies like this every once and awhile because they make you stop, think, and love a little more around you. I’m so thankful for my family and I am so blessed to have little Pepper. I’ve been holding her a little closer all day because of this dang movie. And yes, I made Eric change all the batteries in the smoke alarms even though he assured me that they were perfectly fine. Movies, man. Movies. 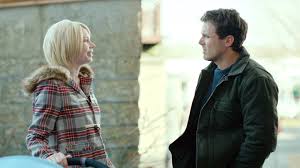 Since we are just getting back into the groove of watching movies we haven’t seen a lot of newer things. Basically, if it came out after June 10, 2015 (Pepper’s birthday!) We more than likely have not seen it. Please tell me some of your favorite movies funny, sad, romantic, dramatic! I’d love to know so we can add them to our movie night list! 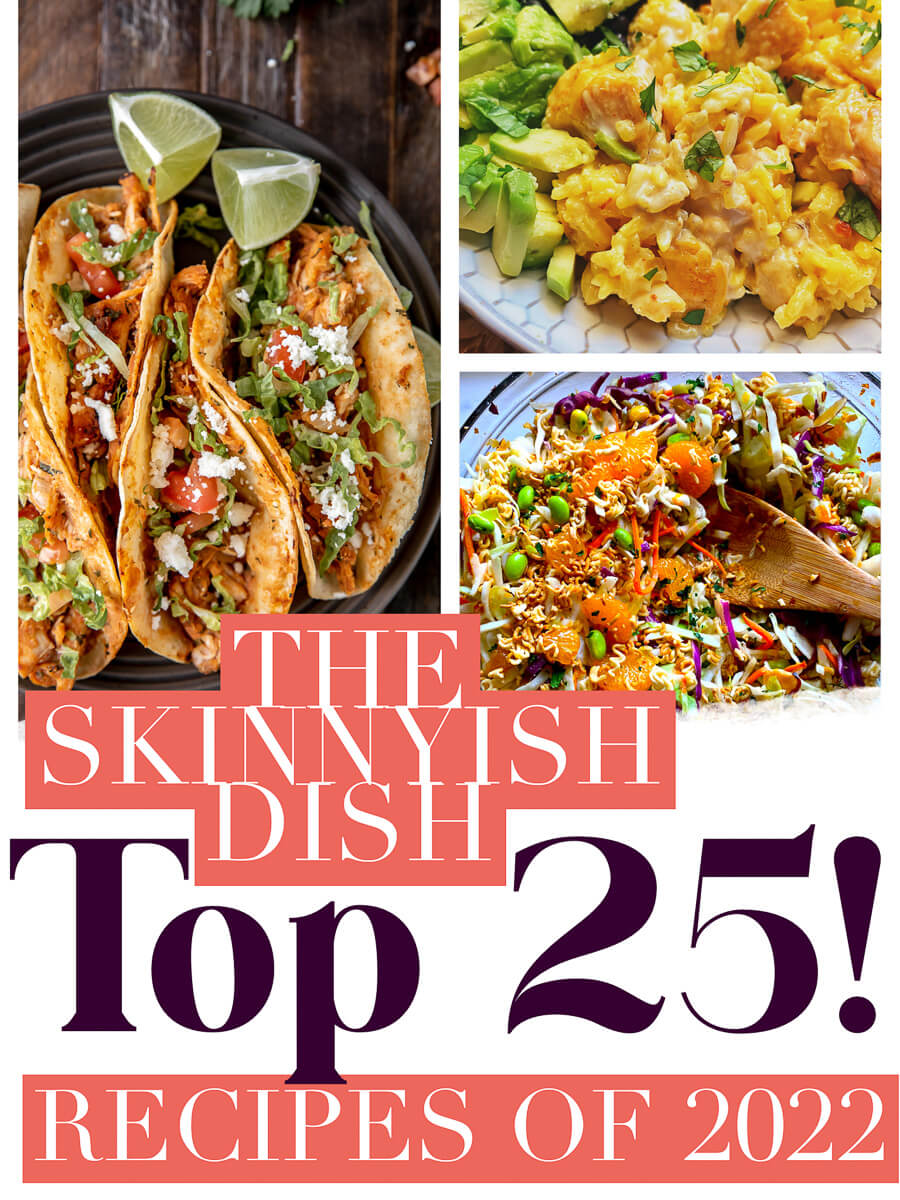 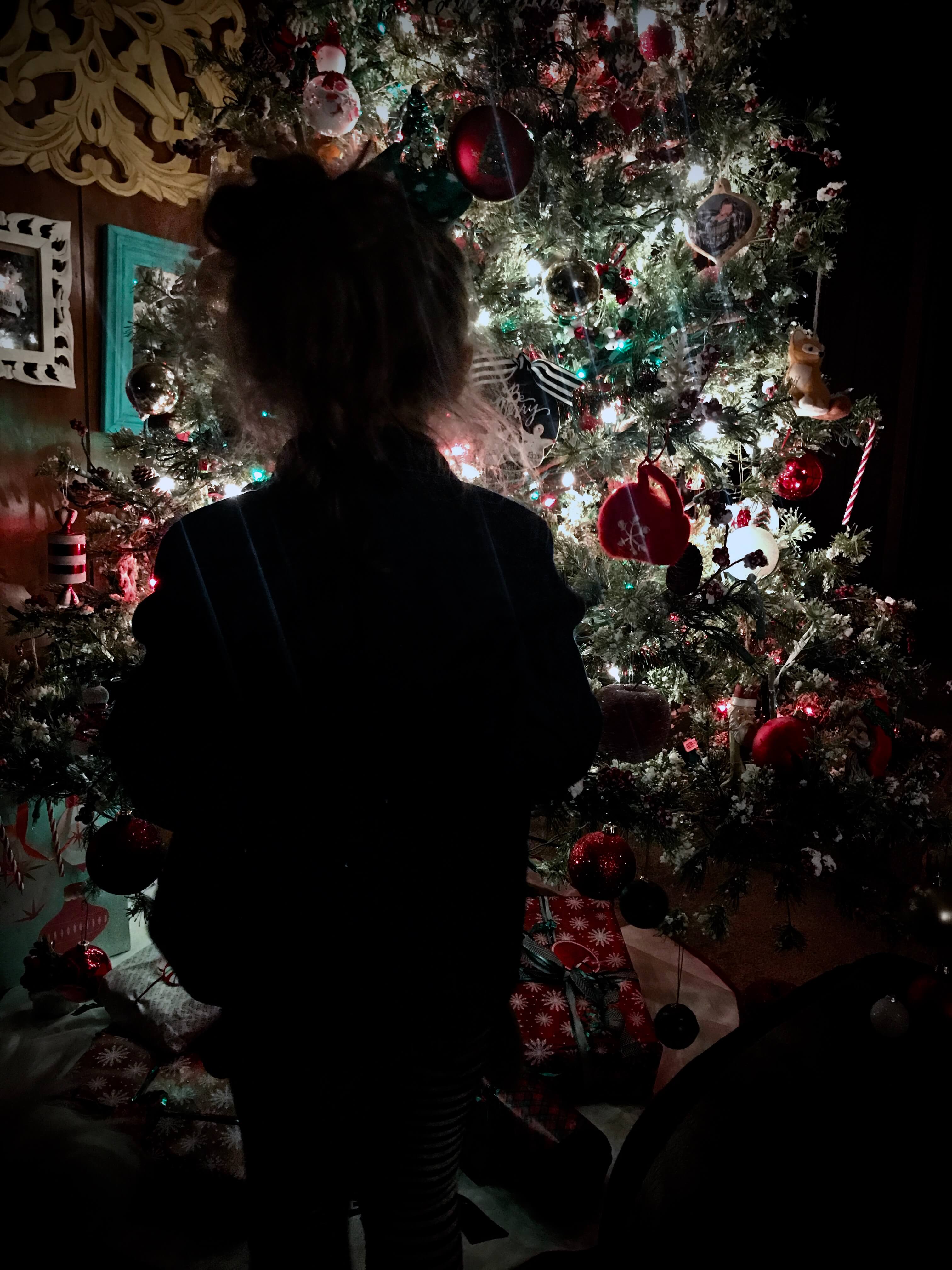 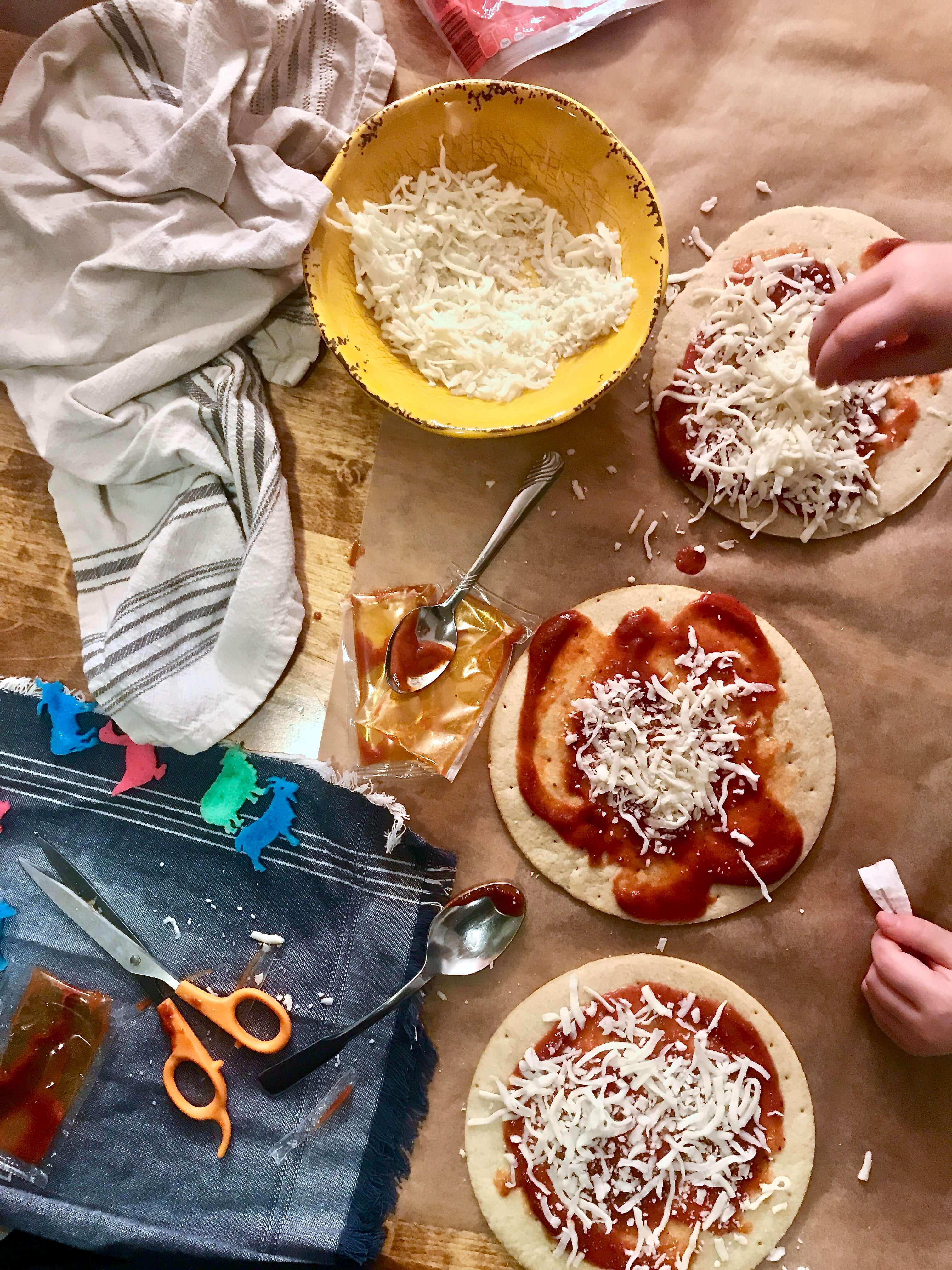 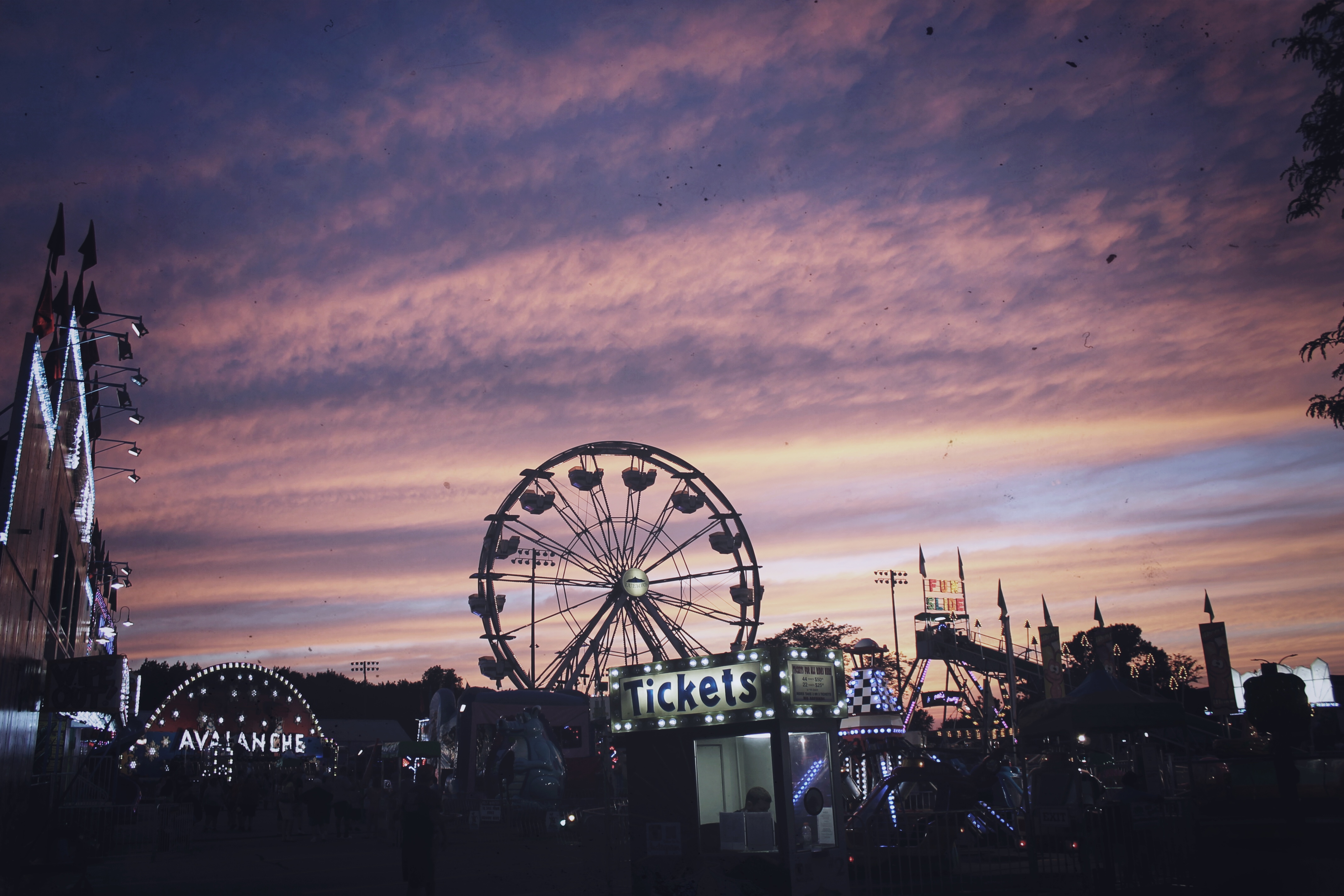