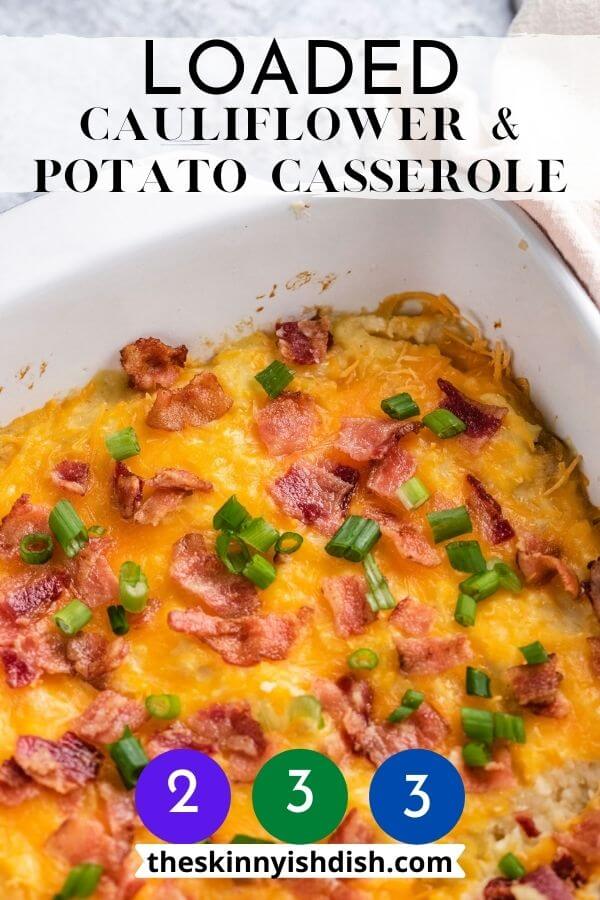 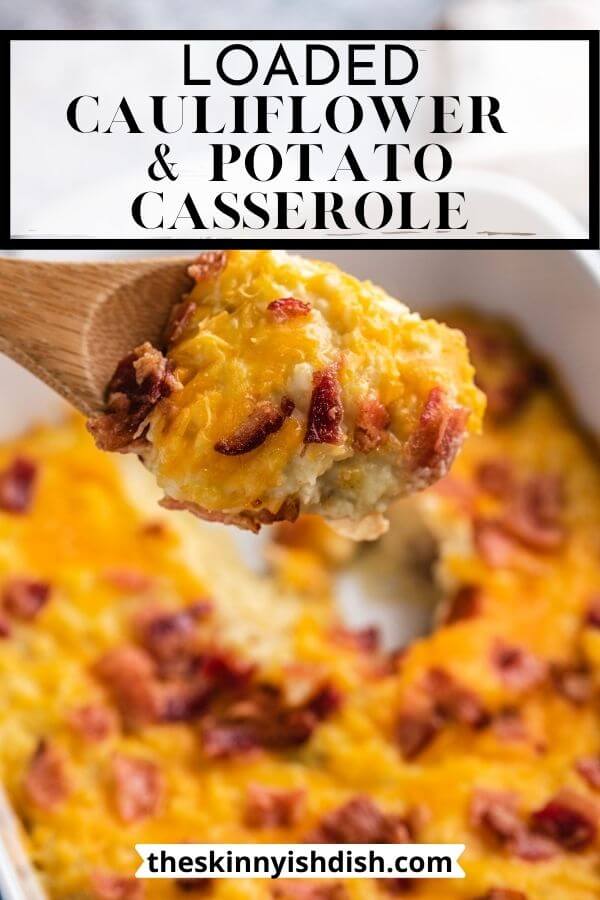 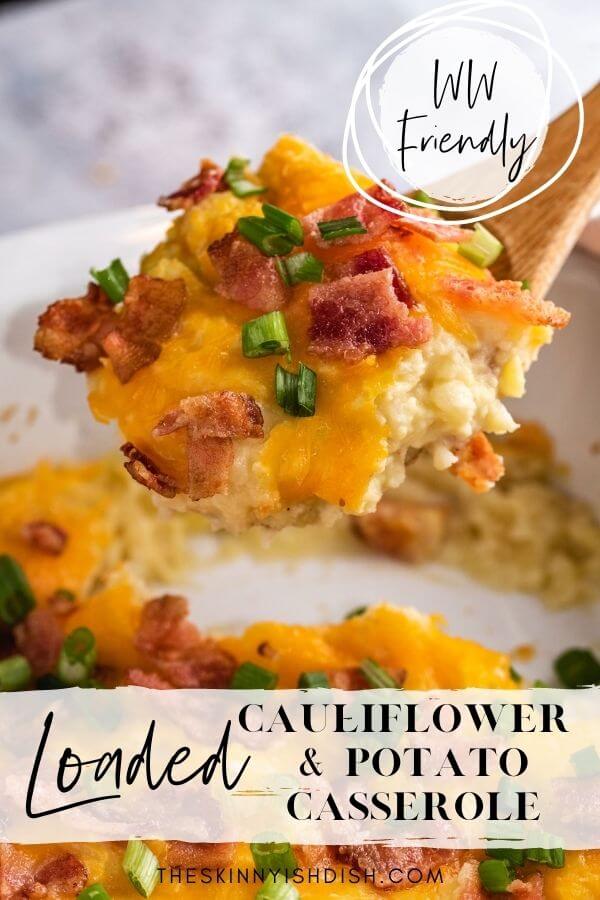 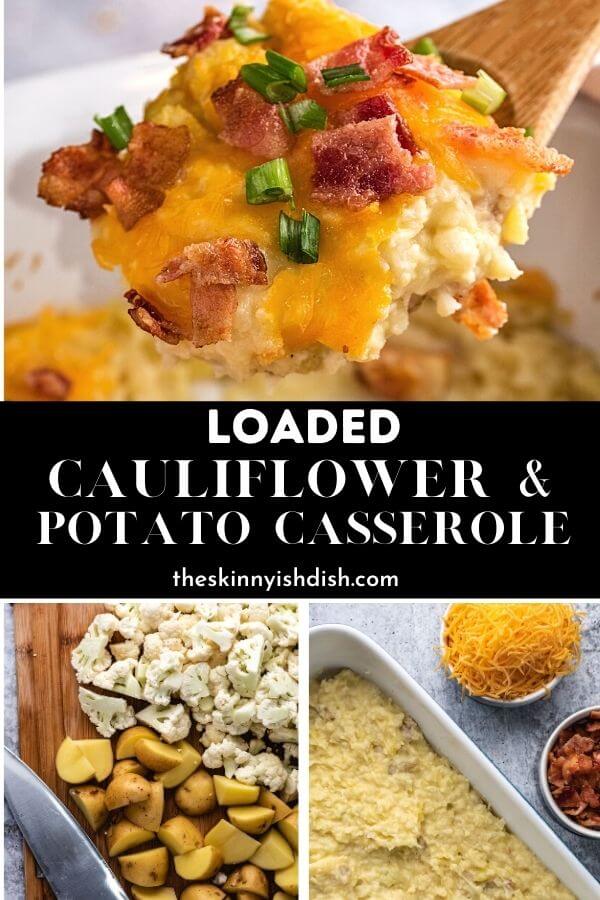 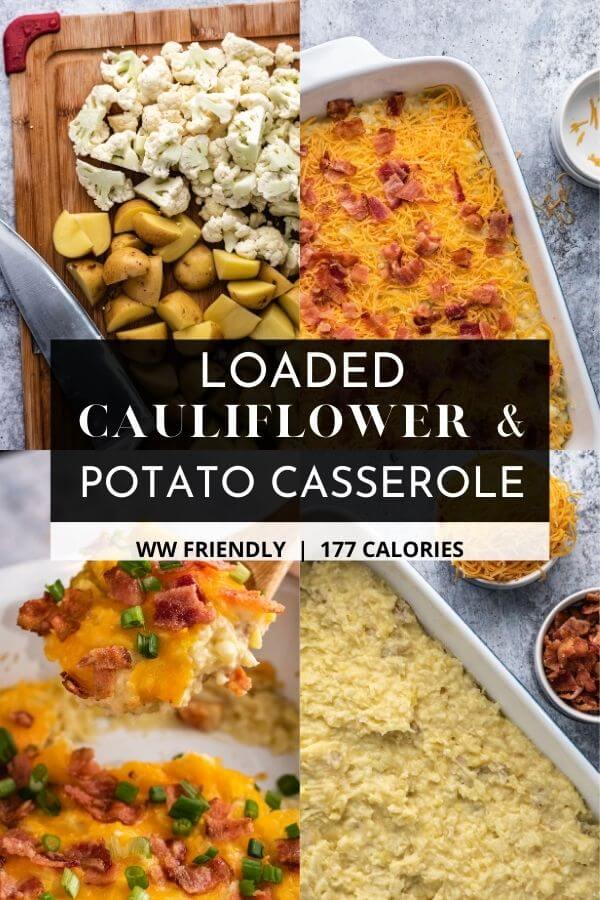 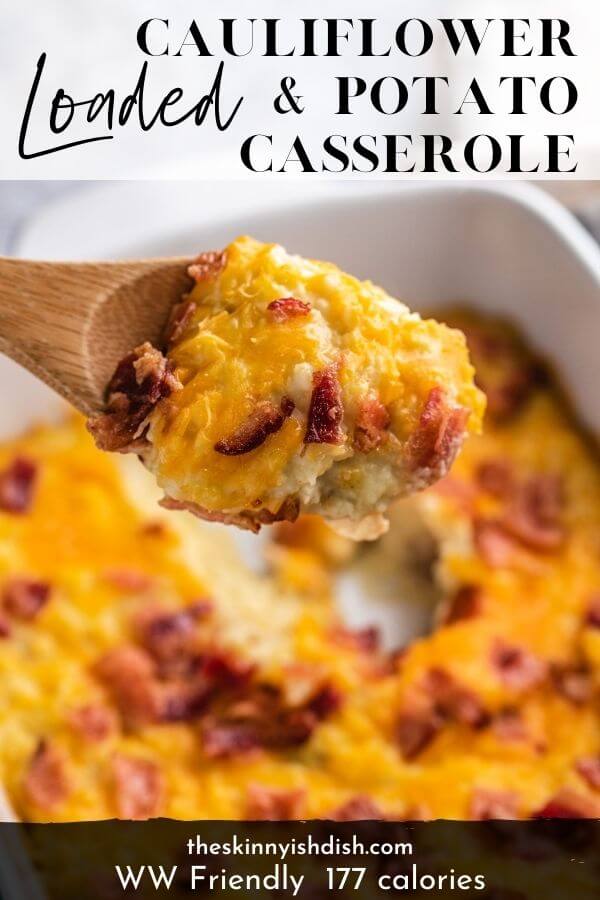 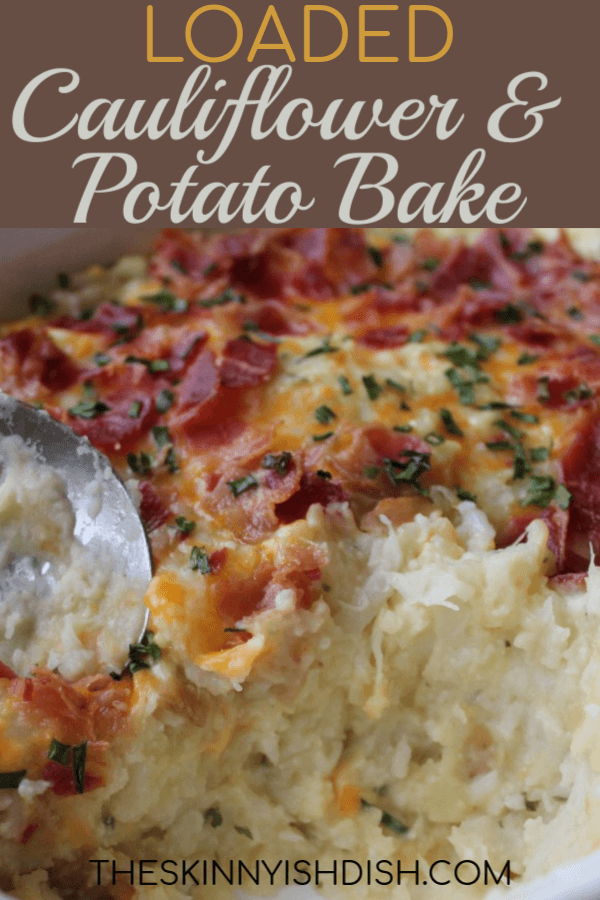 Loaded Cauliflower and Potato Casserole is a dream side dish filled with cauliflower and potato and then loaded with bacon, cheese, and green onions. I like to mix potatoes and cauliflower together because you still cut down on carbs without losing the velvet-y texture of the potatoes. This recipe is a holiday favorite, but it really does make a wonderful side dish for any meal!

One of my favorite food related things about the holidays are the buttery rich and/or cheesy potatoes. My least favorite thing about the holidays is not feeling so hot after indulging. When prepared a little more healthily (like swapping out the cream for chicken broth and mixing potatoes AND cauliflower). I feel so much better about having an extra scoop or two and my body sure thanks me too! I love that such an indulgent side dish can lightened up just enough with just a few minor changes. And, all the yummy taste is still there!

How to make Loaded Cauliflower and Potato Casserole:

Start off by chopping up potatoes and cauliflower. I leave the skins on because I was raised to eat the skins because “that’s where the nutrients are”. I also like that it’s one less step. If you’d rather peel them, go ahead!

Throw’m into a large pot, fill with water, salt the water! (2 tbsp of kosher salt should do it), and then boil until fork tender.

When the potatoes and cauliflower are done boiling. Add them to a large bowl with 1/2 cup non fat greek yogurt, 1-1/2 tsp Lawry’s Seasoned Salt, and 2 tbsp of light butter. Add chicken broth and mash until desired consistency.

Spread the mashed cauliflower and potatoes into a 9×13 casserole dish evenly.

Top her on off with some cheese and bacon for some additional love. Then, bake for 20-25 minutes until the cheese is melted.

Top with chopped green onions or chives for absolute perfection.

I challenge you to make this and not tell whoever is eating it that it is 65.345% cauliflower. I promise they won’t know. 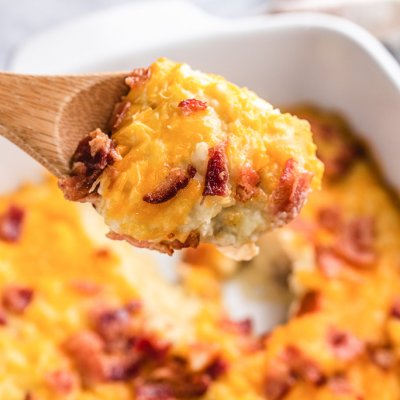 A delcious side dish filled with mashed potatoes and cauliflower then covered and baked with bacon and cheese on top.