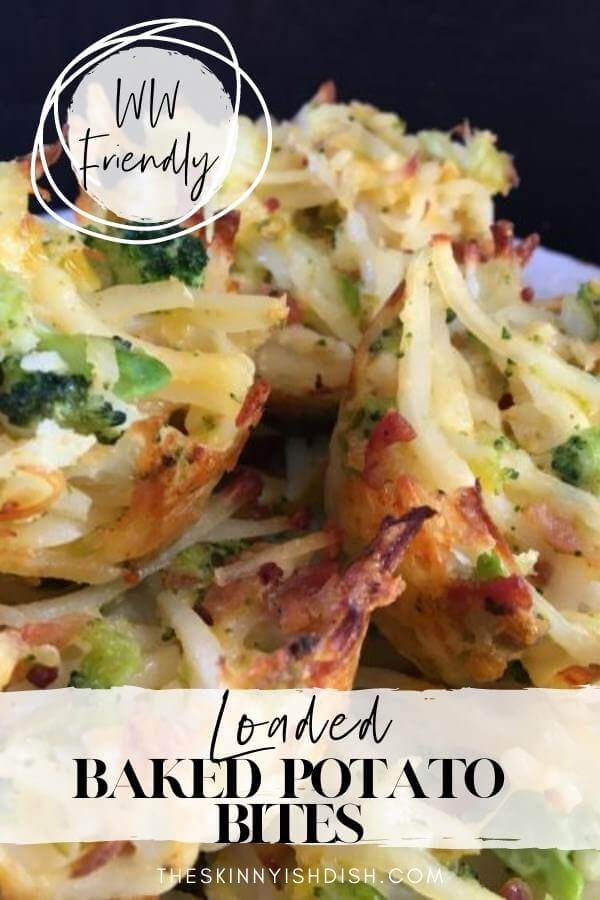 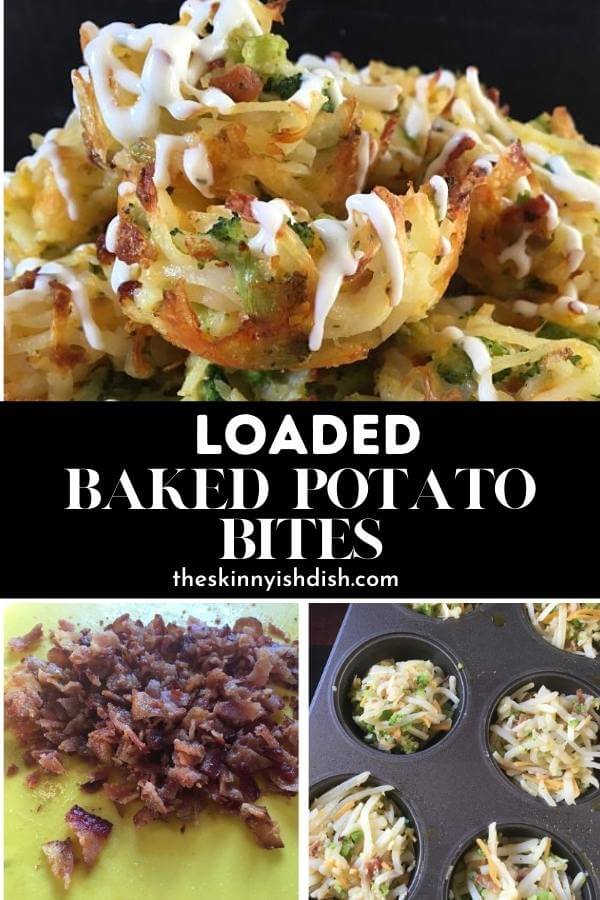 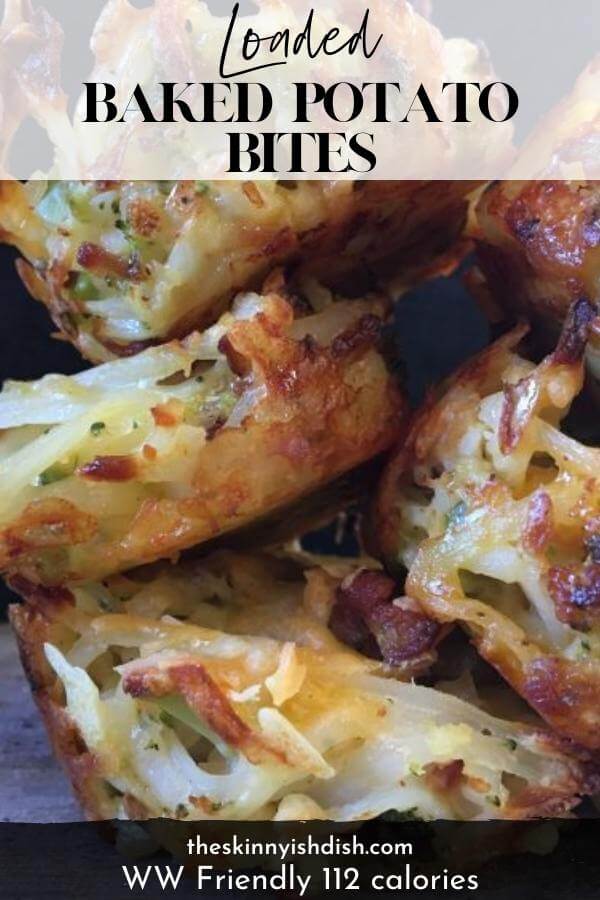 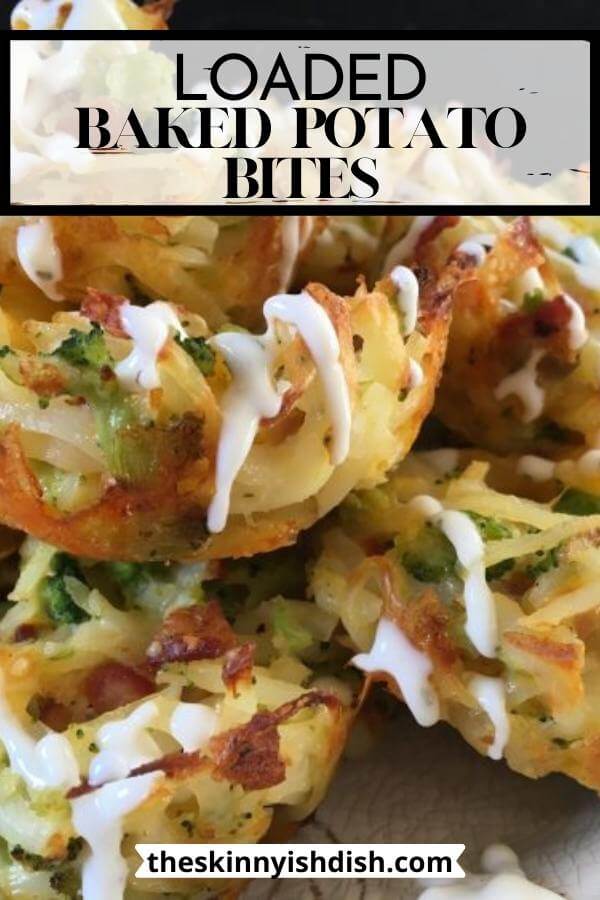 I don’t even really want you to read my post. I mean, I do, but I don’t.  I want you to just go to the grocery store or search within your own kitchen for these ingredients and make these immediately! When it comes to grocery shopping in the winter months, I am a total slacker. I put it off for entirely too long only to really make myself go finally when Pepper is out of milk or diapers. What does this mean for us? Well, I keep a fairly stocked kitchen, but every once and awhile we get down to the nitty gritty… like this past weekend. I secretly love when this happens because it really forces me to get a little more creative and throw something together out of nearly nothing. On Sunday morning I wanted to make some egg muffins for breakfast, but I realized we were down to two little eggs.. and when you’re making egg muffins you kind of need a good amount of eggs! So I scavenged the fridge and freezer to find few different things. Broccoli potato cheese tots came to mind. I was like YES! How delicious would that be? Forget breakfast. We’ll have appetizers for breakfast and it’ll be fantastic and everyone will love me.

Scratch that. I realized shortly after mixing things up that the shredded potatoes were too large and bulky to make a proper tot. So, I do what I normally do when I don’t know what to do with something. I grabbed a muffin tin and I added bacon. These two things have solved some of the world’s largest problems. Okay no, It hasn’t. I’m definitely making that up. It’s solved some of my world’s problems though and that counts for something to me!

Eric wanders into then kitchen asking what’s for breakfast. I tell him that I didn’t really make breakfast, but I made some Loaded Baked Potato Bites. He stares at me for a moment and says that it’s 8 o’clock in the morning and he doesn’t know about them. I run outside to check the chicken house and see if there are any more eggs yet. There is. I fry a few eggs up in a pan. I plate the potato bites and then top them with a couple eggs. Eric begrudgingly eats said Loaded Baked Potato Bites for breakfast as long as there are eggs on top. I stare at him waiting for him to tell me if they are good or not. He, ahem, finally speaks up and says, “I just can’t decide whether or not I want to tell you these are a hit or a home run” Have I ever told y’all that Eric almost always references baseball when talking about my recipes? No? Well, he does. I had to learn baseball for this reason. We proceed to eat the entire batch. (Pepper helped.) We started off by putting an egg on it and then ended up drizzling with hot sauce and a bit of my Skinny Ranch.  Our unexpected Sunday morning feast of Loaded Baked Potato Bites was deliciously lovely!

Here’s what happens in the kitchen! Grab some shredded hash browns. I almost always have these little green bags on hand. I love’m! You can  also use frozen or grate your own. Put them in a kitchen towel and squeeze as much of the access moisture out of the potatoes that you can! I just place it over a bowl or hold it over the sink. Fry up some center cut bacon! (This sentence will most likely be written on my tombstone.) Then chop up that bacon as finely as you can! Then grab a big bowl. Quick side note: I swear I took a photo of chopping the frozen broccoli.. but It wasn’t on my camera, so apparently I didn’t. So chop up some slightly thawed frozen broccoli and after that throw these things into a bowl: shredded hash browns, two eggs, 2 tablespoons of eggs, chopped frozen broccoli, chopped center cut bacon, reduced fat shredded cheese, 2 teaspoons season salt, and some pepper! In a perfect world I would use green onions in this, but I didn’t have any. I almost forgot the onions all together! I added some dried minced onions while mixing it up. I’d say about a tablespoon. Mix it all up really, really well! Pop’m in a muffin pan sprayed with some cooking spray. I also spray the tops with a little cooking spray at 375 degrees for 25-30 minutes until the tops have a touch of golden brown. Goodness these things were so photogenic. I actually did not get a photo with the egg on it because I was too busy eating, but if you want to go the breakfast route… Put an egg on it! Don’t worry, I got one with all the Skinny Ranch though!

and a close up.. because yum.

Then, I tried to be super food artsy and stack them to do a photo. It didn’t work. Send toothpicks. 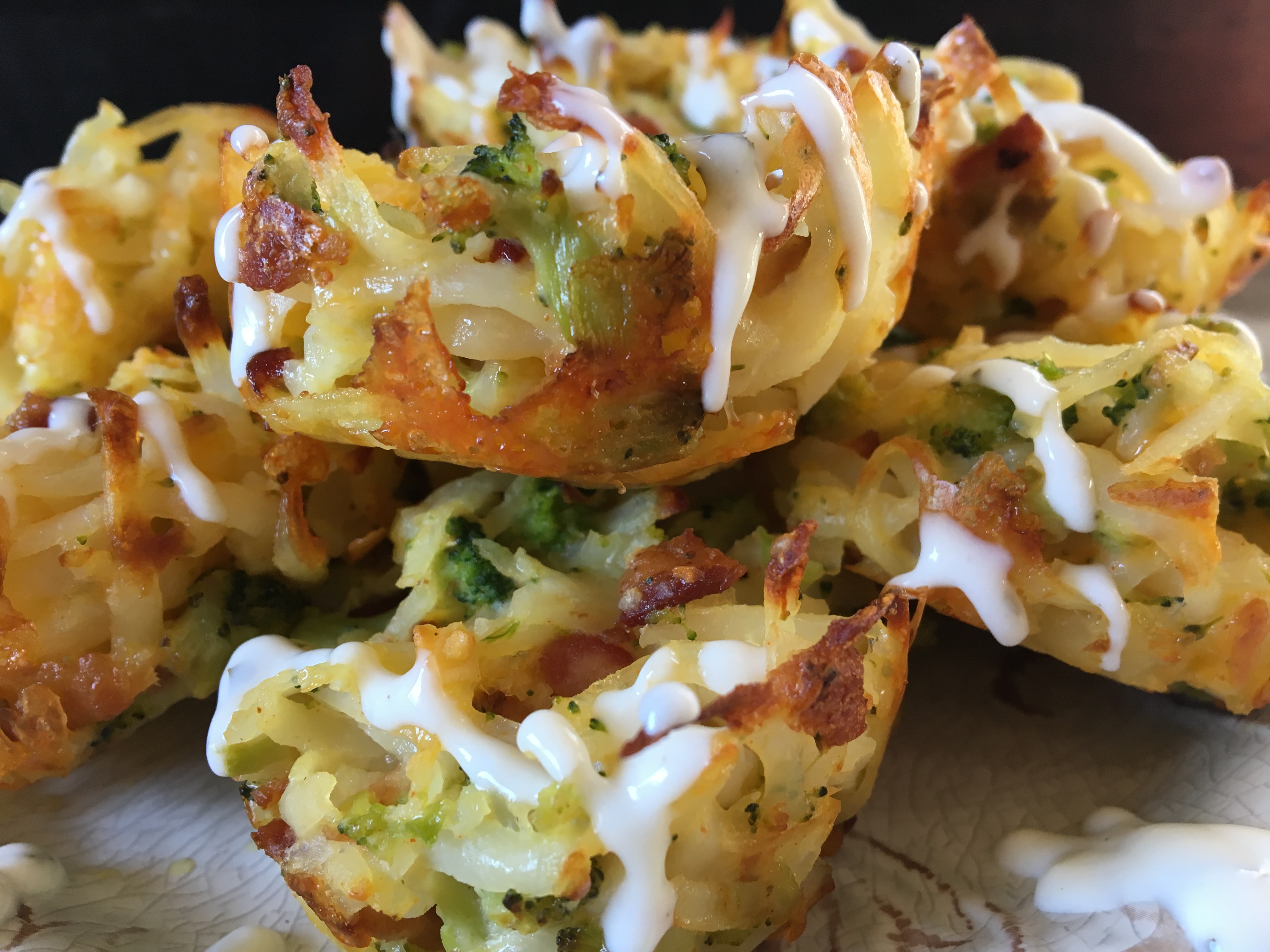