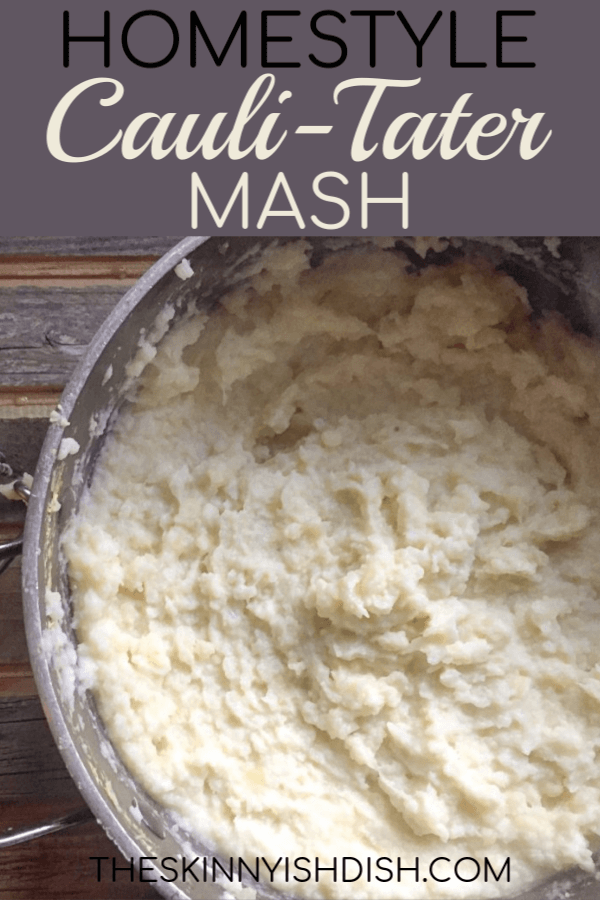 Is there anything better than Mashed Potatoes? I didn’t think so. I could pretty much live off potatoes, any way, any shape, any form. They are a perfect blank slate for so many creations, but they are also perfect left alone with a bit of salt and butter all mashed up.

One day when I was in high school I saw something, somewhere about cauliflower replacing potatoes and I was absolutely appalled. I’m honestly not a huge fan of cauliflower. I won’t tell you what I used think cauliflower tasted like, but I was intrigued by this idea because even back then I tried to lighten up dishes when I could. I remember making them and I wasn’t the biggest fan. I did like them, but I need them to be loaded with lots of cheese and bacon, and well that pretty much defeated the purpose of them being healthier.

So a couple years later, I came back to them while trying some low-carb, fast track diet. I still wasn’t that big of a fan, BUT I was allowed to load them up with cheese and bacon, so I was okay with them.

Fast forward just a couple more years and I had this handy dandy idea to combine cauliflower AND potatoes together so that you’ll still get the rich and creamy texture from the potato, but still the health benefits from the cauliflower.

and it was wonderful, and I’ve been making my mashed potatoes exactly like this ever since.

EVEN for Thanksgiving, and not one person can tell the difference. NOT ONE.

I make a double batch of these and they disappear out of the bowl and people are licking their plates.

Here’s the super simple way to whip up a batch! You’ll never look back.

Start by chopping a large head of cauliflower into smaller pieces.

Throw them into a large stock pot

Peel and Chop up potatoes into small chunks. The smaller the chunks the quicker they will soften while boiling. (Also, I almost always exclusively use yukon gold potatoes for mashed potatoes. They are so much more creamy than any other potato, but red potatoes/russet potatoes work just fine)

Now pour water over the cauliflower and potatoes add about 1 tbs of salt. Potatoes LOVE to be boiled in salty water.

Boil potatoes and cauliflower until softened. Depending on the size of the chunks the time will vary, but should be between 15 and 20 minutes.

Strain the potatoes and cauliflower, return to the pot, and now here comes the fun part. Add your cream cheese, unsweetened plain almond milk, and light butter. I also add few shakes of pepper, and about 1 tsp of Lawry’s Seasoned Salt, then I mash my little heart out.

Mash until everything is combined well and they’re creamy as all get out. You can also use a hand mixer if you’d like, but I like to feel like I worked for my taters.

Simply delicious and more than ready to compliment whatever meal your heart desires!

My personal favorite is the photo above. Chicken & Gravy, Mashed Potatoes, and corn. 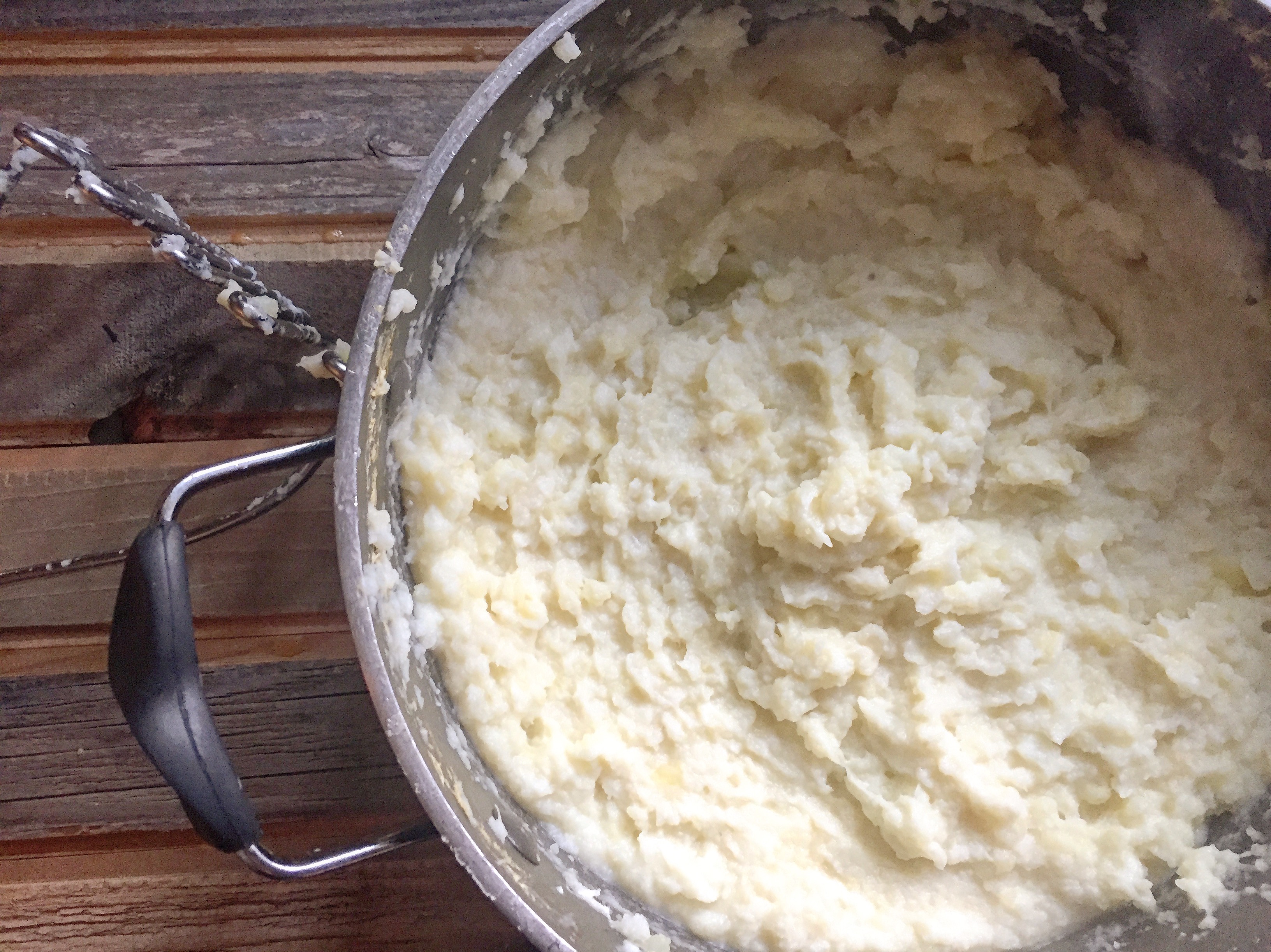